The Life and Art of Mary Filer

The Life and Art of Edythe Hembroff-Schleicher 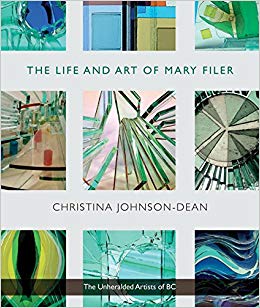 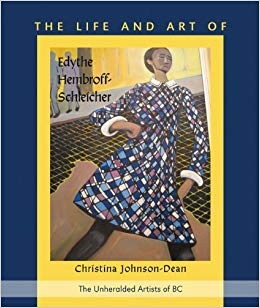 The Life and Art of Mary Filer and The Life and Art of Edythe Hembroff-Schleicher are two of the latest contributions to the Mother Tongue series featuring “Unheralded Artists of British Columbia.” They are well written and researched, and beautifully produced. Both volumes give artists of an earlier era much-deserved attention when Canadian art historians prefer to focus on the art of their contemporaries.

At a quick glance the lives of the artists featured in these two books seem to be similar. Both women lived long lives: Filer from 1920 to 2016 and Hembroff-Schleicher from 1906 to1994. Both were married more than twice and had no children. Both had professions other than art: Filer was a registered nurse and, laterally, Hembroff-Schleicher was a translator. Both women enjoyed the financial support of their prosperous middle-class families. Hembroff-Schleicher’s businessman father, Walter Hembroff, financed her studies in San Francisco and later in Europe. Not only did support from Mary Filer’s parents make it possible for her to become a nurse; once their daughter decided to make art her full-time profession, they helped her acquire studio space and provided a modest income that enabled her to travel and study in the United States and Europe. Finally, though both women had a modest reputation by the time of their deaths, it did not come until late in their careers.

This narrative is similar to that of many women who attempted to become artists before the Second World War. But a closer look at the lives of Mary Filer and Edythe Hembroff-Schleicher shows that they had more differences than similarities.

While it is true that Hembroff-Schleicher studied in Paris for over a year in the late 1930s under the post-Impressionist painter André Lhote, she never became more than a promising student of her teacher. And it was not for lack of opportunity. Before studying in France, Edythe had spent two years, from 1926 to 1928, at the California School of Arts and Crafts and the San Francisco Institute of Art. And after returning from Paris to Victoria in 1930, she enjoyed a wide circle of artist-friends, among whom were Jack Shadbolt, Max Maynard, and Emily Carr. Even so, she failed to take vocational advantage of her association with these artists. Instead she was a society girl who liked fast cars, elegant ball gowns, scholarly men and, during her later years, reliving her student days in Paris. Indeed, Hembroff-Schleicher might never have become a worthy subject for the “Unheralded Artists” series had she not encountered Emily Carr in 1930.

Carr and Hembroff-Schleicher had much in common. They were both female artists who had been trained initially in San Francisco, then in Paris. And they were both attempting to make their careers as artists in a town that preferred tepid watercolour paintings to brightly coloured French-inspired canvases. From 1930-1933 Edythe was a frequent visitor at Emily’s Simcoe Street house and studio. She accompanied Carr on no fewer than three sketching trips. And in 1932 she and Carr attempted to bring Victoria’s conservative Island Arts and Crafts Society’s annual exhibition into the twentieth century by organizing a “Modern Room” that featured the city’s more progressive artists. After Hembroff-Schleicher left for New Haven, Connecticut, with her second husband Frederick Brand in 1933, she and Carr kept their friendship alive by corresponding. Indeed, it was Carr’s letters that formed the backbone of Hembroff-Schleicher’s 1969 publication, M.E. A Portrayal of Emily Carr (republished by Mother Tongue in 2013). The success of this book prompted the provincial government to purchase, for the sum of over nine thousand dollars, Carr’s letters to Edythe Hembroff-Schleicher. Having confirmed her friendship with Carr through the publication of this book, the NDP government made Hembroff-Schleicher the province’s “special consultant” on Emily Carr in 1974. Four years later Hembroff-Schleicher published her second book: Emily Carr: The Untold Story. Once again, she recounted her friendship with Carr, who had died almost thirty years earlier. More significantly, Hembroff-Schleicher took on scholars like Doris Shadbolt, who had not only failed to consult the province’s “special consultant” when curating the first comprehensive exhibition of Carr’s work at the Vancouver Art Gallery in 1971, but had also, Edythe claimed, made errors in the exhibition catalogue.

Hembroff-Schleicher’s focus on Emily Carr seems to suggest that writing had overtaken painting as her focus. While it is true that Edythe did continue to paint – there are a few nudes and portraits of Emily Carr rendered from photographs – the output was small. Nevertheless, the Art Gallery of Victoria exhibited her work alongside Emily Carr’s; they mounted solo exhibitions during Hembroff-Schleicher’s lifetime and following her death. And the gallery agreed to house her paintings and manuscripts. But surely Edythe Hembroff-Schleicher’s legacy does not rest on her art, which continued to show less and less promise after her study in France, but on her short friendship with Emily Carr.

The same certainly cannot be said about Mary Filer. Her early work – mostly watercolours – is characterized by a strong rhythmic line, also seen in the drawings of her BC contemporary, B.C. Binning. And in the mid-1950s, when she decided to devote her life to art rather than to nursing and studying children’s art education, she discovered a new medium for her art: glass. It was while viewing a 1959 exhibition of John Piper and Patrick Reyntiens’ modernist glass windows at London’s Royal Academy that Filer discovered a way of transferring the sensuous line, evident in her works on paper and canvas, to glass. Study in London and Paris introduced Filer, as Johnson-Dean tells us, to “a new medium, crystopal, ‘a secret process’ of fiberglass, resins and plastics incorporated with colour” (56). Within a year, Mary Filer had secured the first of several commissions in England: six windows for St. Luke’s Anglican Church, in Essex. When she returned to Canada in 1967, more work came Mary’s way: she created brilliantly coloured windows in laminated float glass and free-standing glass sculptures for churches, office blocks, hospitals, and universities across Canada. Never one to rest on her laurels, Mary Filer not only produced work in glass, she created and participated in provincial and national glass art societies and exhibitions throughout North America.

Despite Filer’s standing as a leading exponent and creator of studio glass, the bulk of her work remains in private hands. Neither Vancouver’s nor Victoria’s public art galleries mounted a solo exhibition or acquired more than one or two examples of her work. Moreover, Filer’s name rarely appears in studies of Canadian art. Why is this so? Is it because she was a woman working in a man’s medium? Or because her work was so closely associated with architecture? (In 1992, for example, she was awarded the Royal Institute of Architects of Canada’s Allied Arts Silver medal.) Or, more likely, has her work not found a comfortable perch in the visual arts world because many people consider the new glass art to be craft rather than fine art?

There was certainly no doubt in Filer’s mind as to which category her art belonged in. “I am first of all an artist, and I am a good craftsman,” she wrote in 1982. “It seems to me that in the past craftwork was more utilitarian,” she continued, “ – a matter of function, creating things to use, not things for their own sake” (85). Making things for their own sake was Mary Filer’s goal, and she kept producing work until the ninth decade of her life.

In writing about these two very different artists, Christina Johnson-Dean was faced with a dilemma regarding her sources. She had to wade through Mary Filer’s vast written archive, and at times the author appears to be swamped by a surfeit of information. (Do we need to know that Filer’s last husband, Harold Spence-Sales, got a speeding ticket, albeit at the age of eighty-nine?)  When it came to writing about Hembroff-Schleicher the opposite was true. Edythe left few papers. When attempting to re-create the artist’s early years in San Francisco and in Paris, Johnson-Dean relied heavily on the manuscripts of Edythe’s long-time American artist friend, Marian Allardt. The author also uncritically accepts Hembroff-Schleicher’s highly retrospective recollections of her friendship with Carr.

Even so, Johnson-Dean has admirably fulfilled her mandate of bringing the lives of these two women – especially that of Mary Filer – out of obscurity. And art in British Columbia is all the richer for it.