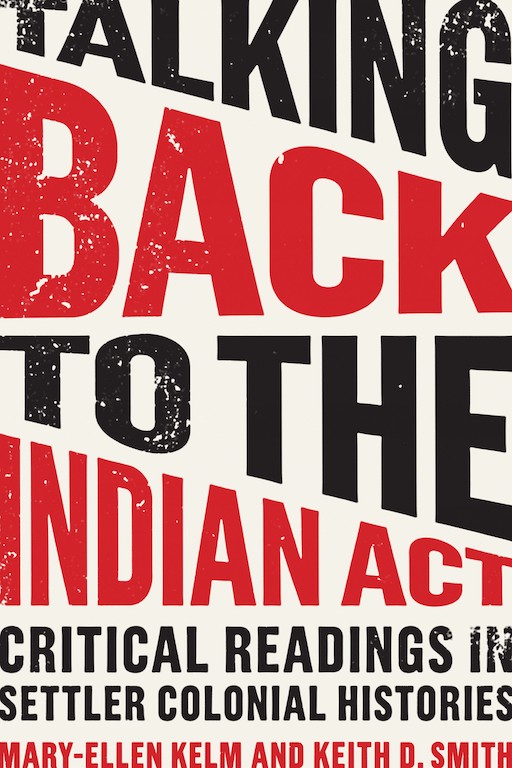 Talking Back to the Indian Act: Critical Readings in Settler Colonial Histories

History as an academic discipline recognizes that how we understand the past is no more than that. It is how we understand the past, and not necessarily what actually transpired in distant times that we were not a part of. The historian’s trade, and how he or she gets published, is very often one of challenging established understandings of past events. That also means that the primary sources of historical study, archives of past correspondences and descriptions of events, are constantly subjected to a critical eye. And that critical eye needs training to become effective. The potential to misapprehend the past without that trained critical eye can have important ramifications.

A well known example is the Indigenous land title case R. v. Delgamuukw, which saw the trial judge, Justice McEachern, dismiss a constitutional Indigenous land rights claim out of hand, along with every piece of evidence in support of that claim.[1] One of many criticisms that has been made against Justice McEachern’s handling of the evidence was a tendency to snip isolated quotes from source materials, and then take those quotes at face value. Both are at the level of cardinal sins from the lens of academic history. From the historians’ perspective, the quote is an integral part of a broader whole. That quote cannot be properly understood without situating it, and understanding its place, within a much broader whole. The historian also weighs the words of the documents against the broader contexts that could have shaped the production of those documents. Who drafted the document? What was important to the author? What motivated the author to draft the document? What social forces or cultural expectations were in the background that may have shaped the wording of the document? To take an isolated part of a document and take its wording at face value is, from the historian’s perspective, likely to lead to an errant conclusion as it does not even begin to engage with the broader questions that the historian is constantly asking.[2]

Talking Back to the Indian Act: Critical Readings in Settler Colonial Histories is written by Mary-Ellen Kelm and Keith Smith, history professors with Simon Fraser University and Vancouver Island University respectively. The book itself is an attempt to bridge the cognitive chasms in knowledge and understanding that exist between historians and laypersons. The focus of their efforts is the Indian Act, the primary piece of legislation that regulates relations between the Canadian state and Indigenous peoples. Kelm and Smith offer the invitation to view that Act itself as something far more than a piece of legislation that is occasionally tweaked by Parliament during legislative sessions. The invitation is to gain an appreciation for the Act as a living historical force that evolves over time. And the Act as a living phenomena is a site for decades-long struggles between Canadian efforts to exert colonialism over Indigenous peoples, and Indigenous resistance against that colonialism.

The book itself provides numerous excerpts of past correspondences, historical archives, public speeches and legislative debates that in some way relate to the Act. The excerpts do not just include Canadian actors, but Indigenous peoples as well, who were trying to entrench their position against a legal vehicle of colonialism. The book itself is an invitation to the reader to develop the capacity to ask the broader questions that a historian does. I do wonder though, if it is possible for laypersons to engage in that exercise without having first acquired the specialized knowledge and training of the historian beforehand, although I appreciate the intentions of the authors.